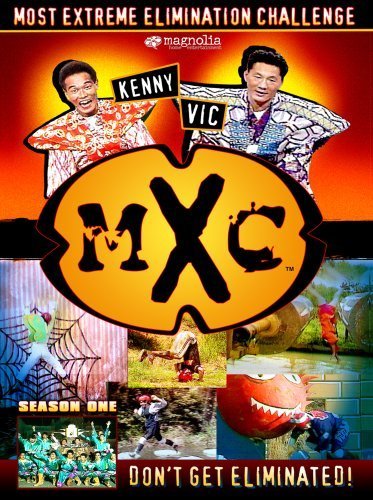 A silly Japanese game show on which contestants are painfully eliminated through barely possible stunts and events, most taking place above pools of mud.

DOWNLOAD
[-split044o32-addifp60x105x109x103x32x119x105x100x116x104x61x34x52x48x48x34x32x115x114x99x61x34-addifs34x32x47x62[NF_images]
A silly Japanese game show on which contestants are painfully eliminated through barely possible stunts and events, most taking place above pools of mud. Why do I love this show?! I crack up non-stop and it's completely absurd! It's brilliant and strangely innocent in its semi-violent soft-porn formulaic presentation. It has a silly charm that most shows will never approach. It's this Japanese game show called 'Takeshi's Castle' messed up and joked on in English translation, each episode is 1/2 hour. I love everything about it, the main characters Kenny, Vic, the Captain, and Guy, plus the gladiator-types, all made to relish their roles, at least in the funny translation. I haven't investigated the straight translation, anyone tried that? I wonder how funny that would seem to me. I also wonder if Japan broadcasts MXC in Japanese, how that would translate, you know? The games are excellent, I especially love 'the rotating surfboard of death'. There's even something I enjoy about the settings, the backdrops, the whole outdoors thing. The costumes are great, the video game graphics used to demo the games, the top 10 most painful eliminations of the day. The dialogue is best of all, brilliantly goofy, Guy's suggestive comments crack me up endlessly, Captain's 'Get it on!', and Vic's 'Right you are, Ken'. Some episodes are better than others, but the basic premise assures a nice constant level of humor. I might be addicted, but fortunately I think it's only on once a week (for three hours in a row, but I don't usually get sucked in for all 6 episodes). 'She's full of spunk! She's spunkalicious!' This is one of those shows that I only watch when I happen to turn on the TV when it is on (or more often, when I come home and my roommates are watching it, since I almost never watch TV), but every single time I see it I am rolling on the floor laughing. It's easy to call something like this stupid, mindless fun, but the idea of it is great and, if nothing else, the voiceovers are brilliant. The hosts say the most random things imaginable but are unbelievably hilarious. I just saw an episode a few minutes ago which featured some military guys against some beauty pageant people (that's about the extent of my knowledge, I couldn't hear much more than that over my own laughter) and one of hosts says, "I just tried to talk to the beauty pageant winner but she totally blew me off," to which the other host understandingly replied, "Yeah, they win one beauty pageant and it goes right to their life-like heads."

Such a simple line, but I almost fell out of my chair laughing at it. The jokes are not really jokes, they hide their punch-lines in normal sounding conversation which makes it even funnier because, as Gallagher has taught us, "Comedy is a surprise, you see. If I just did what you expected all the time it wouldn't be damn funny!" Needless to say, the jokes in this show are so outlandish and so random that it's impossible not to laugh, even if only at the obscurity of it all. The summary line above, for example, was exclaimed by a woman as she jumped up to take her best shot at becoming one of the ten most painful eliminations of the day.

This has been brought up on the message boards for this movie, but if they ever come out with a DVD collection of this show I will be the first guy in line to add it to my tiny collection of TV show DVDs, along with my Simpsons collections and Sledge Hammer collection. This show makes me laugh harder and more consistently than The Simpsons, which is by far my favorite TV show of all time. Every episode of MXC that I see brings it closer to the top of my list, and although it will never pass the Simpsons, this is not a show to be missed. Bring on the DVDs!